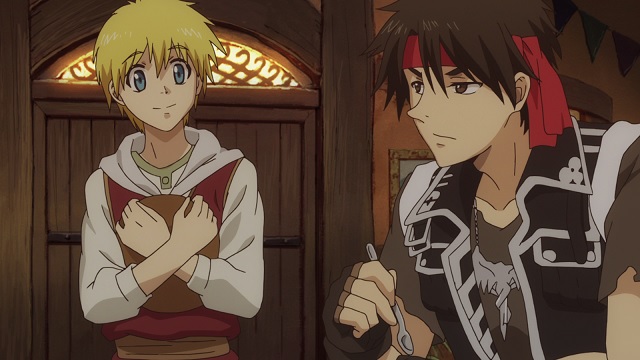 Confession: I have a deep, deep love for the original Orphen anime. Not because the show itself is particularly good – and make no mistake, it isn’t (unless of course you’re comparing to the truly awful trash heap that was the second season) – but because it was one of the first anime I ever watched all the way through, back when dubbed shows was still airing on the Adult Swim programming block in the early 2000s. Hell, I even bought that thing on DVD and re-watched it multiple times, and the memories haven’t dimmed all that much with age. Basically, I’m saying that if anyone was to give Hagure Tabi a pass purely for nostalgia’s sake, it would be me. 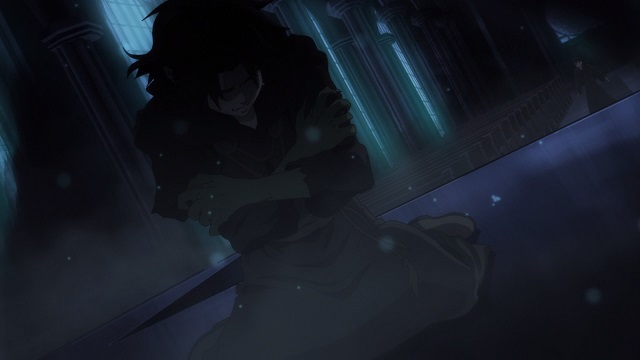 … And I just can’t do it. Look, this newer incantation of Orphen – a remake of the original rather than a sequel, if anyone’s interested – is far from the worst thing in this season’s anime line-up. In fact, I’ve already watched at least a couple of new titles that fall well below it in terms of content. But the fact of the matter is, Hagure Tabi is just plain dull. It also feels retro in all the worst ways possible, from the obviously shoddy background artwork to the very cheap-sounding music choices. Moreover, while I assume that this version of Orphen sticks far closer to source material, judging by the added characters and extra filler-style material (the latter mostly of the goofy hijinks-style variety), these things don’t just add nothing to the story but discernably detract from it. Ten minutes in and the opening episode already feels pointlessly bloated, poorly paced, and frankly far more boring than any action/adventure fantasy piece has a right to be. At least 1998-Orphen had a heart, if not a budget. Sadly, 2020-Orphen has neither.