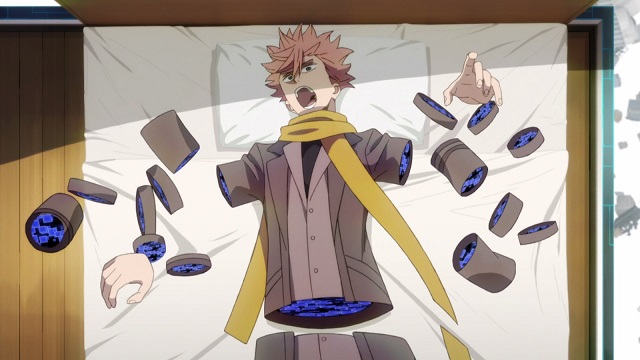 Finally, the detective anime we didn’t know we needed (but that we definitely deserved).

You’d be forgiven for wanting to give up on the anime detective/mystery genre entirely by this point – we just haven’t gotten a good run of these shows, what with Sherlock Holmes-themed titles being done to absolute death (ugh, Kabukichou Sherlock, anyone?) and many non-Holmes-themed shows being lacklustre at best, insultingly bad at worst. Most of these seem to take themselves so self-seriously that they come across as unfailingly pretentious (e.g. at least parts of the original Psycho-Pass as well as the recent third season, and absolutely ALL of the trash heap that was season two). Ask me what my favourite mystery anime are, and I’d have to go all the way back to the likes of Hyouka (2012), Nijuu Mensou no Musume (2008), and Ghost in the Shell: SAC (2002).

Warning: minor spoilers ahead in the next paragraph. You can either skip this and move on to the paragraphs below the next image, where there are no further spoilers, or discover one of the earlier twists of the episode before you watch and hope it doesn’t mar your enjoyment.

Now comes along ID:Invaded, and with a concept both unique and bold enough to make me sit up and pay attention. Mind you, I have no idea how any of this actually works in terms of the technology, let alone an even rough idea of the timeline it exists in (a kind of alternative universe maybe, where society is exactly the same as it is now but with the addition of a system that allows certain people to invade another’s literal self-consciousness)? And it’s an anime original to boot, so for once, I get to write this piece and not have readers way more knowledgeable on the subject than I am. 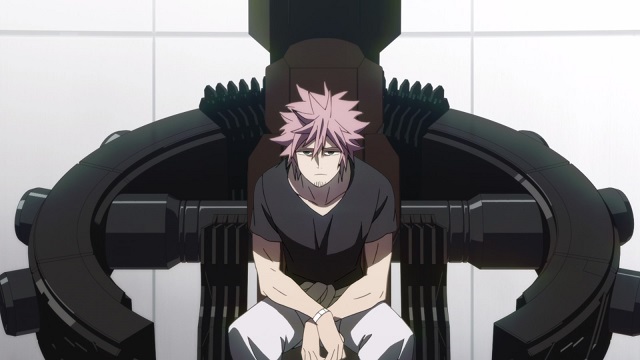 Truth be told, even aside from the question of how such a system can logically function, the series isn’t perfect. The reveal to the mystery of the week itself isn’t particularly nuanced – in fact, it feels like a bit of a let-down in comparison to the unfolding of said mystery, which in contrast far exceeded any of my expectations. Basically, the execution is significantly more interesting than the outcome, as though I’d been watching a high-quality surrealist drama with a tacked-on ending from the likes of CSI or NCIS. A subtly complex look into the inner mind of a serial killer, it ain’t.

On the other hand, I honestly enjoyed the rest of the episode enough that I couldn’t bring myself to care all that much. On top of just being plain intriguing with some delightfully fun twists, there were small moments of humour scattered throughout the episode that I really appreciated, as a) they weren’t dumb as shit and b) they prevented ID:Invaded from coming across as obnoxious or try-hard. I also really like the character designs, which again, are unusual enough to make a splash yet not so out there as to be a distraction rather than an advantage to the proceedings. Overall, I’m cautiously optimistic about this one.