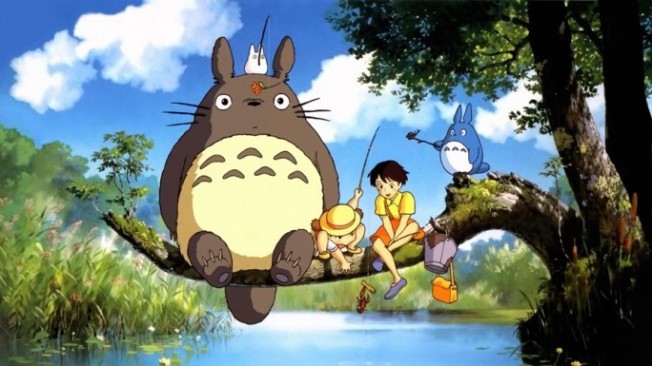 I haven’t yet come across an anime fan who actively dislikes, or who is at least unable to appreciate, the works of Studio Ghibli. The likes of My Neighbor Totoro, Princess Mononoke, and Spirited Away are often cited as some of the best anime films of all time, and understandably so – the studio is well-known for producing beautiful artwork, memorable soundtracks, and emotionally impactful stories with an often very dreamlike quality to them.

Still, there’s something to be said for variety, and it would be a shame to overlook some of the other magnificent anime films that have been created over the years. The below titles aren’t an official list of any kind, but simply a nod to those films that have likewise made a significant impression on me – a handful of non-Ghibli movies that I personally feel deserve just as much recognition for their craft and emotional impact.

I’ll just get this out of the way right now – I’m not a big Oshii fan. I accept that his material is generally of a very high caliber, and I respect him as a director, but I don’t actually like the majority of Oshii’s work. The non-Oshii directed TV series aside, I’m not even that into Ghost in the Shell. That being said, The Sky Crawlers is an entirely different story. Not only are we treated to some to-notch animation but The Sky Crawlers manages to do for me what most Oshii films fail to – namely, evoke a significant emotional response. The movie has all the usual trademarks of an Oshii production that fans will no doubt appreciate, including a quietly building tension and a meticulous attention to technical detail, but where his other titles usually have me admiring the craft of the piece and then quickly moving on, The Sky Crawlers feels genuinely yet understatedly poignant. You might need to exercise some patience, because Oshii sure doesn’t like to rush things, but the film delivers where it counts.

This is where I probably have to dodge yet more rocks by saying that I’m also not a huge fan of the late Kon Satoshi. Yes, I get that his films are widely considered to be classics of the medium, and yes, once again I can see why that is. Kon’s work is generally unsettling, intense, and surreal, with a highly-charged atmosphere and a strongly psychological bent. ‘Heartwarming’, ‘soulful’, and ‘uplifting’ definitely aren’t the words I’d typically use to explain his style – and yet, those are exactly the words I’d pick to describe Tokyo Godfathers. This is actually my annual go-to Christmas/New Year movie, and that’s despite the fact that we’re talking about three homeless people – a transgender former drag queen, an alcoholic, and a runaway teenager – making up the main cast. It sounds depressing as hell, sure, but it also somehow manages to be moving and sweet (and at times pretty hilarious) anyway. It feels downright weird to say this, but if you’re after a film that’s all about family and the power of miracles (but that doesn’t drown itself in cheesy drama), then you should really get around to watching this.

Given popular opinion of anime, I sometimes seriously question my own taste. The Girl Who Leapt Through Time is probably Hosoda’s most popular title, and I like it a lot but don’t love it. Summer Wars is also plenty popular, but I honestly didn’t like that one at all. On the other hand, Wolf Children Ame and Yuki, while not quite as lauded by the Western fan community as either of the previous two titles, is still by far my favourite Hosoda-directed film to date. The visuals are lovely of course, but it’s the depth of characterisation and down-to-earth maturity of its themes that lends Wolf Children an edge for me, and makes me take an otherwise fantastical story completely seriously. Somber in some places, uplifting in others, Wolf Children isn’t exactly what I’d call a happy movie – in a way it might even be considered something of a tragedy, depending on how you look at things – but it’s a movie that deeply appeals to me nonetheless, and is one of those rare gems that’s both relatively straightforward as a story and yet also beautifully subtle.

At just 44 minutes in length, this perhaps feels more like a long-ish standalone episode than a movie, but it’d be a real shame for people to overlook it simply for that reason. As Omori’s first time in the director’s chair for a film rather than a TV series, Hotarubi no Mori e is most definitely a success, and comes across a bit like a Ghibli production might if it happened to be primarily romance-focused; it’s by no means sickly sweet, but is very gentle and obviously made with a great deal of affection. In some ways, this film isn’t dissimilar to Omori’s Natsume Yuujinchou – it’s a simply-told and completely unpretentious story, but I find that its lack of plot complexity only lends to its beauty, which has no need of embellishment in any case. Short runtime aside, Hotarubi no Mori e explores the relationship between the supernatural and the human with a lot of care, and the movie packs a powerfully emotional punch without resorting to melodrama. It’s a pure, tender, and perhaps above all nostalgic watch that shouldn’t be missed out on.

Question of the post: What are your favourite non-Ghibli anime movies, and what about them made you like them so much?

Note: I have yet to watch Kono Sekai no Katasumi ni/In This Corner of the World (Katabuchi Sunao, 2016) which looks fantastic and sounds like it’d be totally up my alley. In fact, based on what I already know of it, I’d be very surprised if it wasn’t amazing. It’s on my immediate to-watch list, so no spoilers on that one please.