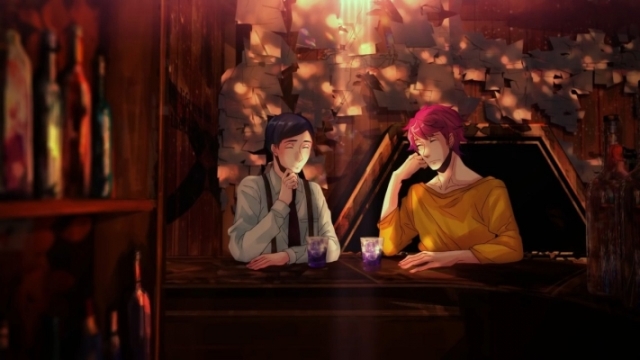 Sometimes one of the biggest deterrents to watching anime, at least for me, is that I simply don’t have the time or energy to invest in a complicated or long-running story. Sure, I could try and find a light-hearted episodic series, but with a usual run time of just over 20 minutes per episode (assuming you skip the OP and ED), at times even that isn’t feasible.

That’s where anime shorts come in. While you wouldn’t necessarily think a show with only a few minutes per episode would have the room to tell a decent story, let alone one with any particular emotional depth, the below titles are proof that such a thing is definitely possible. From comedy to good ol’ slice-of-life, drama to fantasy and even horror, here are some titles that make the absolute most of their short episode length to deliver stories that are both well-written and entertaining.

Quick note: I’ve purposefully stuck to TV shows only here – no OVAs, ONAs, specials, or films, which would have made this list considerably longer. Each series is designed as a standalone piece of work and clocks in at under 10 minutes per episode.

As far as supernatural horror goes, Yami Shibai is actually one of the better anime titles out there regardless of episode length, especially if you’re into Japanese myths and urban legends. It’s a purely episodic series and some of the stories are a bit hit-or-miss, but when they work, they really work. There’s no real conclusion as such to any of the stories, but then again, I don’t think there needs to be in order for them to be scary. The show does its job so well not because of any graphic onscreen violence but because it does such a great job of building up the suspense, so that by the time the ending hits, all the viewer has time for is a reaction something along the lines of ‘OH S**T.’ The other major standout of Yami Shibai is the animation which, due to its kamishibai method of storytelling, is less contemporary ‘anime’ in style and more like reading a graphic novel. That may not appeal to some viewers, but is well-suited to the uncanny atmosphere of the show and helps give it a rather unique touch. Incidentally, there are currently 5 released seasons of this series, each with 13 episodes, so if you end up really liking it…

Orenchi no Furo Jijou/Merman in my Tub (13 episodes, 4 minutes each)

While largely unambitious, Orenchi has a light sort of sweetness to it that makes for a fun and easy watch, and renders it quite charming in its own little way. It also reminds me quite strongly of the single-episode boys love OVA Kono Danshi, Ningyo Hiroimashita (This Boy Caught a Merman), which is by no means a bad thing. Orenchi doesn’t have the same kind of artistry as that other title, and it actually plays out largely as an inoffensive comedy with maybe the barest hint of BL under the silliness if you squint just right, but the latter is really neither here nor there. Point is, it’s a show that makes me smile and doesn’t require much thought, which at times is all I happen to be after.

Speaking of the boys love Kono Danshi series, we finally got a title that stretched the concept out into a short TV show rather than a string of single-episode OVAs, and I’d say it worked out very well. Even if you’re not into BL as a genre (and I can’t say I blame you), Kono Danshi, Mahou ga Oshigoto Desu deserves a look: for what it’s worth, the actual BL content is extremely light; the overall fantasy concept is uniquely portrayed; and despite the limited animation in terms of movement, the art style is really quite stunning. It’s that last which will probably be the biggest draw for many, and that’s understandable – the colour palette alone is gorgeous and the backgrounds are outright spectacular, but the way in which magic is physically represented is beautiful and compelling as well, and definitely something different from the norm. However, it also doesn’t hurt the story any that the two main characters are fairly likeable, and are independent adults rather than teens running around at school for a change. If anyone needs proof that Yamamoto Soubi is a director well worth seeing more original material from, this should more than suffice.

Kanojo to Kanojo no Neko/She and Her Cat: Everything Flows (4 episodes, 7 minutes each)

This is maybe sorta kinda cheating, since Everything Flows is based on a one-episode OVA released back in 1999. On the other hand, you don’t need to have watched a single second of that OVA to appreciate this short TV series; a bittersweet, slice-of-life piece told through the eyes of Daru, a cat who has grown up along with his owner and has some pretty salient remarks about not only her life, but also just life in general. It might sound gimmicky on paper, but Everything Flows honestly couldn’t be less gimmicky if it tried. There’s no sense here that it’s trying too hard to be ‘quirky’, it certainly isn’t attempting to win its audience over via cutesy animal antics, and it’s anything but flashy in its delivery. Instead, the show is quiet, reflective, and nostalgic – maybe even timeless, which is certainly not a word I often use to describe anime. You don’t necessarily need to be a cat-lover to like Everything Flows (though it probably helps), but you do need to be a lover of stories that are deliberately-paced, uncomplicated, and yet still emotionally affecting. 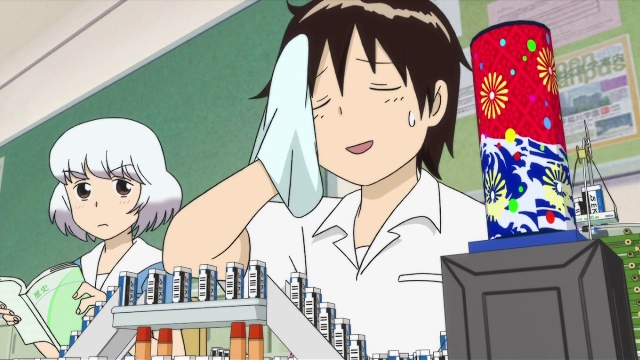 If you’re in need of a breather after that last title – which would be understandable – Tonari no Seki-kun has a lot to offer in the pure comedy department. I’m actually surprised that an anime like this didn’t come out much sooner; after all, if there’s one thing anybody can relate to when it comes to school, it’s the stuff you or your classmates got up to during class when you should have been studying. Seki-kun takes the concept to ludicrous heights, of course, which is exactly what makes it worth watching. Yokoi makes for a pretty great straight-man straight-woman to Seki’s antics, most of which are carried out while confined to his desk while in the middle of a lesson, and some of which are so ridiculous they almost gain a kind of surrealism. Included among these is the most intense game of shogi I’ve ever seen (seriously, it reaches Epic Shounen Battle levels of intensity), and the creation and subsequent implementation of an entire classroom postal system for passing notes. Some episodes are much funnier than others, but overall Seki-kun is consistently amusing and just on the right side of dumb to keep the viewer guessing.

Look, I totally get it – you’re sick to death of school-centered slice-of-life shows featuring groups of moe anime girls. While Aiura is undoubtedly one of those, it works for me because a) there a grand total of zero panty shots despite those incredibly short skirts (low bar to set, I know, but this is anime we’re talking about here), and b) it’s actually pretty damn funny. No, the humour probably isn’t anything you haven’t already seen before, but that’s the beauty of Aiura being a short: it’s schoolgirl humour polished to about the best it’s ever going to get, and you get it in small enough doses that you don’t get tired of it before it outstays its welcome. In case it wasn’t already abundantly obvious, overly cutesy school girls tend to annoy the hell out of me, yet that somehow isn’t the case with Aiura. This is admittedly in part because the show seems legitimately more interested in comedy than fanservice, and so I wasn’t constantly getting boobs or butt shoved in my face. The other reason is that it feels like there’s more to the characters than just “the sweet one”, “the sporty one”, or “the one who might actually have some kind of mental deficiency if this was real life”… even if there’s not. In all seriousness though, the dialogue and actions of the characters strike me as weirdly realistic while still making me laugh, and especially in this genre, that’s a whole lot rarer than it sounds.

Question of the post: Loved/hated any of these shows? Got any favourite anime TV shorts that weren’t listed here? Feel free to give me and any other readers a rec in the comments.