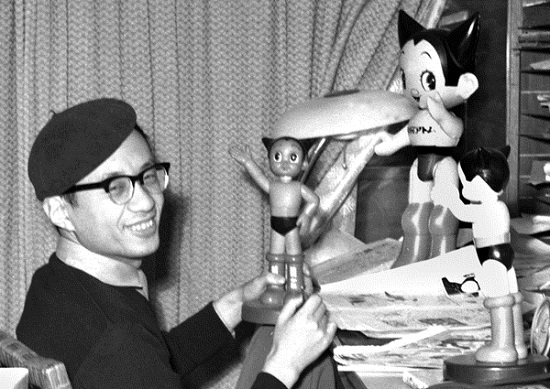 There’s a bit of a story behind this article series. See, longer ago than I now care to admit, I finished up my PhD, and a couple years before that, there was a really rambling draft of a PhD that had way too many chapters – one of which was a history of anime. Said chapter was one of the first to be kicked out, because although writing it was definitely beneficial to my thought process, it was pretty useless as a finished product and did the overall PhD absolutely no favours. I enjoyed writing it though and didn’t want to just get rid of it, so the document just sort of hibernated for a few years somewhere in the darkest recesses of my computer, in a folder literally labelled ‘UNUSED WRITING’.

Until this year that is, when I was doing a computer clean-out and going through all my old crap to see what had been hiding in there. I then decided that my poor, long-winded chapter deserved a bit of fresh air, and who better to be subjected to it than a bunch of randoms on an anime blog? Fear not however, for the chapter has been severely edited for style and size. In fact, not only did I challenge myself to finally let the thing see the light of day, but I also challenged myself to cut it more or less in half. I was going to write a full history of anime in no more than 5000 words.

This is the end result.

Let’s start way back when. Much further than Tezuka Osamu’s Astro Boy (originally Tetsuwan Atomu, or Mighty Atom), which fans common cited as being the first mainstream anime to air on Japanese TV screens in the early 60s. Those fans aren’t technically wrong, by the way, but although anime as we understand it today may have gotten its first major kickoff here, this wasn’t the beginning of Japanese animation.

For that, we have to look further back to the start of the 20th century, when Japanese filmmakers were experimenting with similar animation techniques to those also being explored in countries like Germany, France, Russia, and America. Hence one of the earliest known pieces of Japanese animation is thought to have been produced circa 1907, and consists of nothing more than fifty frames drawn directly onto a strip of celluloid with a running length of about 3 seconds. The creator’s identity is unknown, and the untitled short depicts a young boy in a sailor suit writing the kanji for ‘moving pictures’ on a board before turning towards the viewer, removing his hat, and offering a salute.

By the 1930s, the animation industry in Japan had become an alternative format of storytelling to the live-action industry, whose market (unlike in the US) remained extremely small and suffered greatly from budgeting, location, and casting restrictions. However, since most cinema-owned reels in Japan were sold on to smaller cinemas around the country and then disassembled and sold as strips or single frames, very few animations made during this period survived intact.

It was the Chinese animated film Princess Iron Fan, released in 1941, that gave Japanese animation a much-needed boost. From a modern viewpoint, this adaptation of popular Chinese folktale Journey to the West isn’t anything special; produced under difficult conditions in the midst of WWII, the extensive rotoscoping used in an effort to save money means that the eyes of the live actors are often visible in the faces of the animated characters within the film. At least two factors make it extraordinary, though. The first is that it was the single earliest animated feature film to be created in China. The second is that when the film was exported to wartime Japan the following year, it was what inspired the then 16-year old Tezuka Osamu to become a manga artist.

In fact, it was Princess Iron Fan that prompted the Japanese navy to commission Japan’s own first feature-length animated film: 1945’s Momotaro’s Divine Sea Warriors. Tezuka, who watched the film that same year, later commented that he was moved to tears by the hints of hopes and dreams hidden under the appearance of war propaganda. Tezuka had already begun to draw comics around his second year of elementary school, and it is he who is credited with inventing the distinctive large-eyed style of Japanese animation, which he based on American cartoons of the time such as Max Fleischer’s Betty Boop and Walt Disney’s Bambi and Mickey Mouse. With the encouragement of his mother, Tezuka began his career as a professional manga artist while studying medicine at Osaka University. Although he never practiced medicine after obtaining his degree, he later used this knowledge to enrich his science-fiction themed manga such as Black Jack. 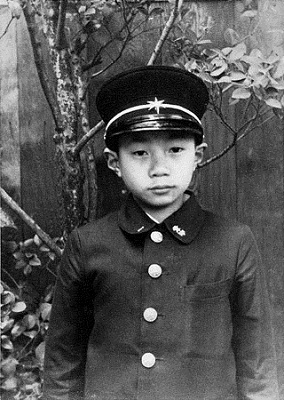 In 1951, Tezuka, by this time already an established manga artist, published the much-loved Mighty Atom, in which a little robot boy with an atomic heart is disowned by his creator and rescued by a nurturing and accepting family. Set in a 21st century in which robots are second-class citizens, the so-called heartless creature eventually becomes a staunch advocate of the very race who shuns him and his kind. The story, although not particularly revolutionary by today’s standards, was a bold move by Tezuka; the destruction caused by WWII was not far removed from the collective Japanese consciousness, and memories of the atomic destruction of Nagasaki and Hiroshima were still very fresh.

Even so, Mighty Atom was a big hit. Tezuka, who had been working for Toei Animation, began his own rival animation company called Mushi Production in the early 1960s and had his manga turned into an anime series. It premiered on Fuji TV on New Year’s Day, several months before Toei’s first televised series Ookami Shounen Ken did. Although Mighty Atom was not in fact the very first anime series to be publicly broadcast in Japan (5-minute episodes of Otogi Manga Calendar had already begun airing the previous year), it was the anime series to air with the now standard 25-minute format, as well as the first to gain mainstream popularity. But perhaps most significant of all, it was also the first to embody the aesthetic soon to be familiarized as ‘anime’.

If that wasn’t enough, Mighty Atom was also the first televised anime to be broadcast outside of Japan. American television, then still in its infancy and searching for new and innovative programming, rewrote and adapted Mighty Atom for the US in 1964. Retitled Astro Boy (the name Mighty Atom was deemed too generic and not catchy enough for an American children’s show), the series was a huge sensation despite the fact that nothing beyond the first season aired on American television until later. The pause was due primarily to censorship issues; cartoons were seen purely as a children’s medium whose audience, according to American broadcasters, could not comprehend advanced concepts such as death or deal with excessive onscreen violence. Tezuka was personally approached and asked to soften the content of the show, but he refused to make anything but the most superficial of alterations.

Regardless, the success of Mighty Atom opened the doors for the creation of many more important titles, among them Tezuka’s Jungle Emperor and Yoshida Tatsuo’s Mach Go Go Go – later released outside of Japan as Kimba the White Lion and Speed Racer respectively. And long before Tezuka’s death at age 60, other powerful influences were working within both the manga and anime industries, chief among them the Starving Seven – a group of creators formed by Tezuka himself which happened to include anime heavyweight Matsumoto Leiji. Matsumoto’s science-fiction series Space Battleship Yamato (better known to its early Western audience as Star Blazers) first aired in 1974, and by the time his Space Pirate Captain Harlock and Galaxy Express 999 followed in 1977-78, Matsumoto was one of the most popular and influential creators in the industry.

Around this point, anime trends were gradually shifting away from fantastical and superhero-oriented stories and towards somewhat more realistic space operas, with increasingly intricate storylines and more complex world views – a shift which became markedly more pronounced with the worldwide commercial success of Star Wars. The Japanese live-action film market was shrinking due to competition from television, but an injection of younger talent was helping to pioneer the demand for these shows and allowing for a wider variety of experimentation. One major example of this: after Mushi Productions went bankrupt in 1973 (to be revived just four years later), its former employees went on to found their own studios, including two of the largest and most famous Japanese animation studios today – namely, Sunrise and Madhouse.